Today was a busy day at Zestfest. The public showed up in throngs, delighting vendors and festival producers. I saw long lines, people crowding booths 3 and 4 deep, and lots of bags full of spicy goodies purchased from the more than 100 vendors. {Click any pic for bigness}

I have to admit I didn’t get the opportunity to visit all of the booths. I missed quite a few that I’m sure I will regret after someone tells me, “Did you try “so and so’s” sauce? It was crazy good!” But I was trying to find time with a few for interviews, videos, or just a quick visit in the middle of the aisle. And all of a sudden it was the end of the show day.

Tracy of JAC’s Tailgaters at Lick-a-thon

Michele Northrup with Tamara Alexander – Winner of the Lick-a-thon


We witnessed Vic Clinco being unseated after graciously swapping his normal sized, randomly chosen super hot Intensity Academy spicy lollipop with a visiting chef from Yahoo! for one much larger with a hefty load of big pepper flakes. Vic was gracious in his defeat, and even more resolved to crush all future hot lolly lickers, and regain his title. I have to admit, it was like watching the Mike Tyson/Buster Douglas fight when a then undefeated Tyson was supposed to be an easy winner. I’ll get some video posted soon on ILoveitSpicy.com showcasing the Intensity Academy’s lolly licking festival tradition. 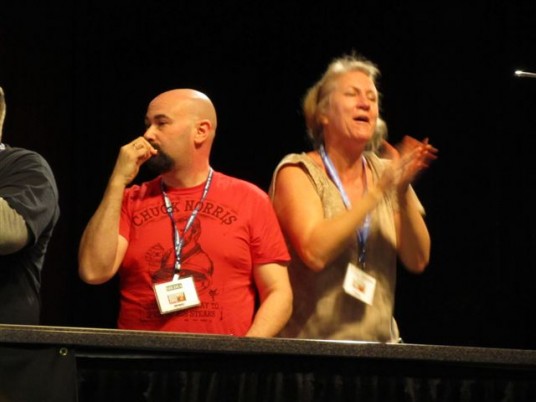 A real treat today was getting to meet Scott Roberts of ScottRobertsWeb.com fame. I’ve used his website for several years as a reference, and have always thought highly of him and been impressed with his knowledge of all things hot and spicy. We had a good time trading notes, performing joint interviews and reviews, and spending some time with Brian and Marilyn on a podcast for HotSauceWeekly, sharing our thoughts about the show. 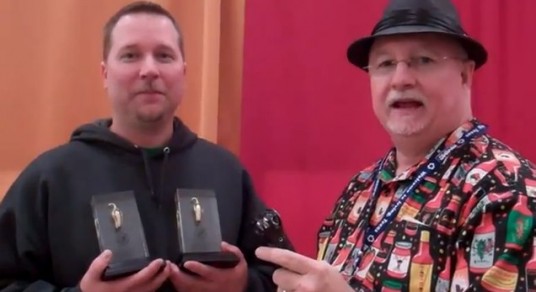 Jim Lemkin of Duke and Barons

I met and visited with a lot of folks today-most of them vendors that I wasn’t familiar with. I visited with Jim Lemkin of Duke & Baron’s All American Gourmet Specialty Foods, who gives away a bottle of product to a past or present member of the military for every bottle he sells. He proudly held up his two golden chiles as we chatted during his video interview. 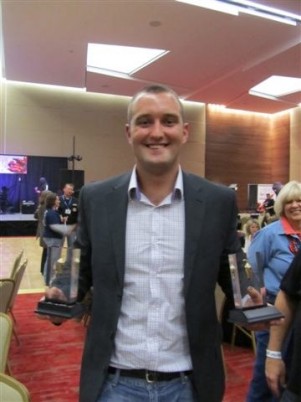 I also interviewed Miller Townsend, who won two golden chiles last night for his unique wing sauces. He’s one to watch, for sure. Buddah told me his products are special, so watch out for his HoneyBlaze Original, Medium, and Hot wing sauces. 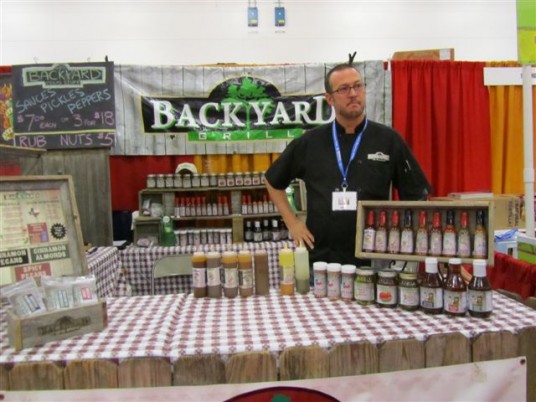 Mark Schraffry of Backyard Grill took years of success with his sauces, pickles, and products from his restaurant in Houston, and has developed a full line of these products in less than a year! After winning several awards last night, he’ll be one to watch, for sure. 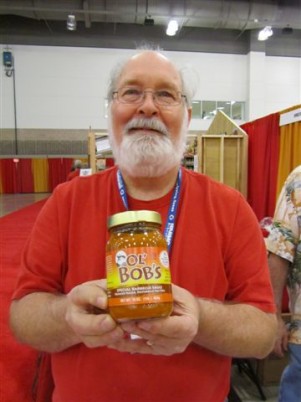 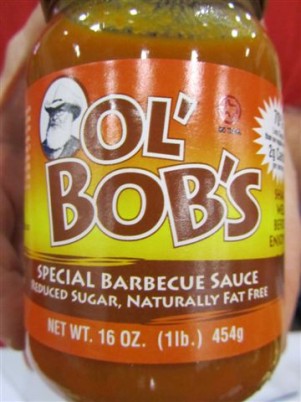 And Ol’ Bob’s Real Pit BBQ Sauces have found a great niche in offering a delicious sauce that is low carb and sugar free, but without any degradation of flavor and zest! It is an outstanding product! http://www.olbobsproducts.com/ 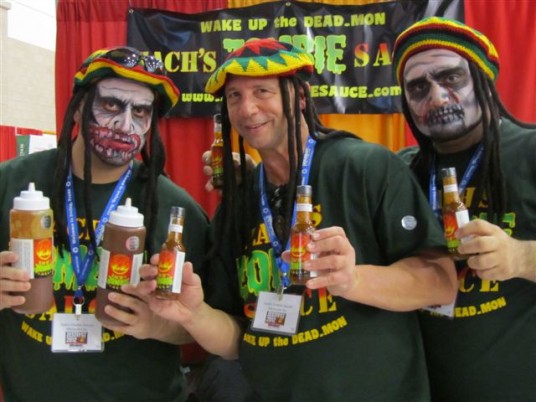 My day wrapped up with a visit to Zachs Zombie Sauce, where 20 year old Zach ZouZoulas and his dad, Alex, have crafted several outstanding products. Check out the video interview I did with them this evening, once its posted on ILoveitSpicy.com and get a load of their off the wall marketing approach! Their back story is well worth the time to watch. As always, I left with my arms full of new sauces, salsas, rubs, powders, pickles, ketchup, and spicy chocolate- all awaiting their place of honor in my pantry.

When the clock struck 6:00 PM tonight, marking the end of the show for the day, I have to admit to being a little sad. Knowing that I would have to miss Sunday’s show so that we could drive home to Baton Rouge, I had to say goodbye to the atmosphere, excitement, and camaraderie that goes along with participating in a big event like ZestFest. Spending 2 action packed days with a group of folks sharing a similar passion is a bonding type event. I have made new friends at ZestFest and solidified budding friendships fed by a brief meeting at a previous show, mutual friends, Facebook posts, and the like. This eclectic group of folks are genuinely good people that also happen to be talented chefs, marketers, producers, bloggers, collectors, and entrepreneurs. They are young, not so young, crazy, serious, funny, experienced and inexperienced; bound together through devotion to an existence that honors spice, heat, flavor, and the zest of life. I leave ZestFest much richer than I arrived. Thank you one and all.

More pics that didn’t make it into the above post: 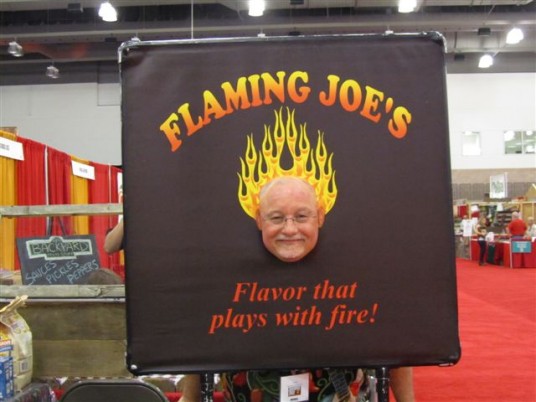 Our Author Ken Alexander as a Flaming Head 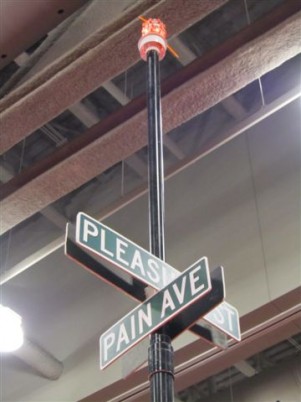 That wraps things up from the corner of Pleasure and Pain!