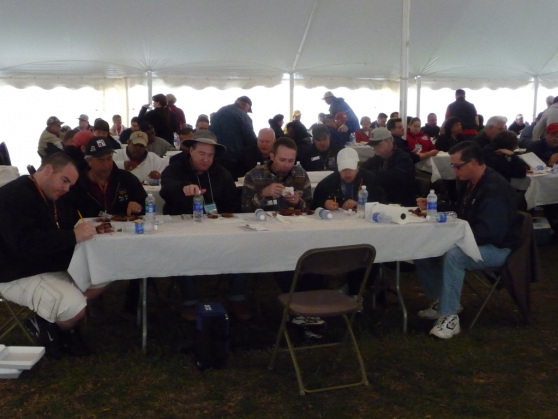 END_OF_DOCUMENT_TOKEN_TO_BE_REPLACED

What a cool group to be a part of! We came in at number 8!
Groupable’s Top 10 list of the most socially influential dad-related BBQ groups*:

Let’s hear it for the dads. We got a lot of buzz from our Mother’s Day “moms group” study, so today we’re announcing our list of the most active and influential dad-related groups. This year’s list focuses on groups involved with one of the most traditional Father’s Day activities – the backyard barbecue. The Top 10 list ranks BBQ groups who are among the most engaged within their socio-demographic target and who have the greatest potential to influence buying decisions.

Based on our proprietary Groupability Index, influence ratings take into account Groupable’s sponsorship activity data as well as activity from a variety of social media data points including Twitter, Facebook, YouTube, Klout Score, blogs, and podcasts. The index rating is calculated based upon aggregate scores in the following categories: authenticity, engagement and relevance.

Barbecues and dads go hand-in-hand on Father’s Day. The barbecue is one of the oldest cooking methods known to man. It’s a primal, social and unifying experience, and it smells good, too. Dads who are part of these groups are passionate and influential about the art and enjoyment of this activity. These are the types of groups brands like to reach. Brands can use Groupable’s ratings as a filter to find groups that will be both responsive to marketing initiatives as well as influential in spreading the word of these brand experiences.
Brochin notes that a group’s collective influence and ability to spread a message can reach a much wider audience as compared to that of an individual. “It’s about knowing which groups to engage with so as to maximize word-of-mouth equity,” Brochin says. “The Groupability Index provides marketers with a single reference point that captures a group’s ultimate influence potential.”

Links to News in the Hot Sauce and BBQ World

Featured this Sundae: Jungle Jim’s Weekend of Fire in Ohio takes place next weekend (Aug 1 & 2, 2009), TomsHotSauce.com gives some great advice and tips on getting your hot sauce recipe bottled and ready for sale, 3 Do-it-yourself recipes for making your own hot sauce, some great tips and recipes for tailgating / backyard partying, and a new 3rd location in Maryland for Boog’s Barbecue.
END_OF_DOCUMENT_TOKEN_TO_BE_REPLACED

Links to News in the Hot Sauce World

This week in Hot Sauce News, we feature chicken paprika (pronounced pah-pree-kahsh), from Cheryl Julian of the Boston Globe, Wrigley Field Bar & Grill in Fort Wayne, IN has some awesome wings and grilled cheese, the Sixth Annual Pork in the Park at Salisbury, MD gets bigger each year, that “Special Sauce” from condiment packets, and a hard to find homemade Blue Cheese Dressing recipe.
END_OF_DOCUMENT_TOKEN_TO_BE_REPLACED

People Are Asking “Where are the Hot Sauce Reviews?” 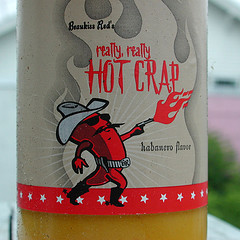 Photo by Editor B

I’ve been writing a lot about BBQ lately, probably because I’ve got Spring Fever and with the “every-other-day” of warm weather here in Maryland, I’m getting jazzed about cooking and barbecueing and smoking outside.

I’m planning a full month of BBQ reviews, recipes and goodies for a “May is National BBQ Month” series. If you’d like to be included with your recipe, or pics, or website, leave a Comment below. Maybe you could be a Guest Blogger!

But I assure you, dear friends and chileheads, I have lots of Hot Sauce reviews up my sleeve too.