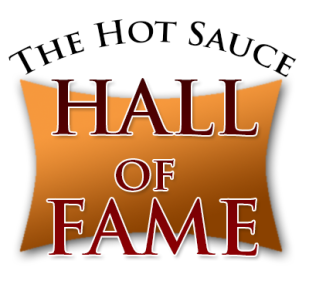 Steve Seabury, owner of High River Sauces and the organizer of the NYC Hot Sauce Expo, will present to the world the official Hot Sauce Hall of Fame Foundation. The Hot Sauce Hall of Fame will induct 5 people in its inaugural year and each of the following years they will induct 3 all of which have been very instrumental in the fiery foods industry. Each year the NYC Hot Sauce Expo will present and host the induction ceremony to enshrine the legends of the industry to this greatest of honors.

The first group on the inaugural ballot are some of the biggest and brightest names in the industry.

To be eligible for the nominating or voting process, a person must operate within the fiery foods industry for a minimum of 3 years. These people will be known as the Selection Committee which will consist of hot sauce companies, retailers, distributors, exporters, chile pepper growers, media and restaurateurs who specialize in spicy foods and hot sauce. The Selection Committee will be polled by email from the Hall of Fame’s Senators Board in which the board will eventually narrow the Selection Committee’s ballot to a list of 10.

After the nomination process The Selection Committee will then receive the final ballot from the Senators Board. To be elected, a finalist must receive the top 3 votes from the Selection Committee. If a person has been nominated 3 separate times by the committee and does not get inducted, their name will be removed from future elections for a waiting period of 5 years.