Our good friends over at ToddsDirt.com submitted this awesome announcement for us to post. Seems they’ve won a prestigious Silver Sofi Award! Sofi stands for Specialty Outstanding Food Innovation. 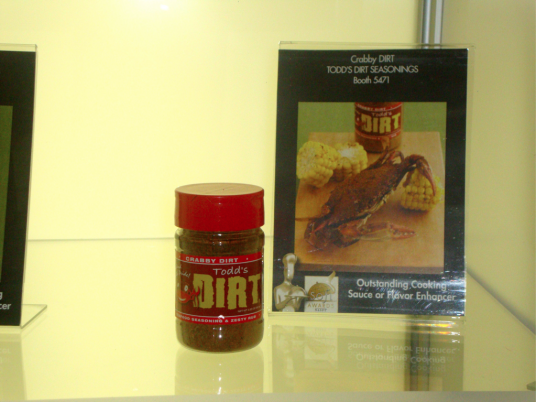 “We are pleased to announce that Todd’s DIRT Seasonings has been awarded one of the highest awards in the Speciality Food Industry. Our Crabby DIRT was awarded a 2011 Silver Sofi award from the National Association for the Specialty Food Trade (NASFT).

We won the award in the Cooking Sauce or Flavor Enhancer category. This is one of the toughest categories, because the category includes all sauces, marinades, hot sauces, spices, seasonings, rubs, olive oils and vinegars. There were over 1700 products that were sent in for judging and Crabby DIRT was one of six products picked. We also found out that our other two seasonings, the Original DIRT and the Bayou DIRT were very close to being awarded.

We are very proud of this award, because the Sofi is like winning the Oscar in the Speciality Food Industry. 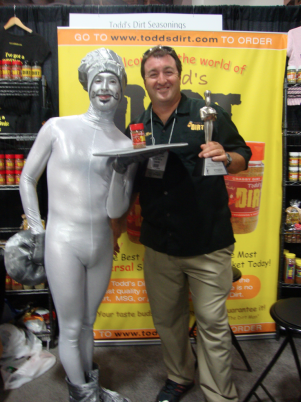 We also found out that President Obama uses Crabby DIRT on his French Fries in the White House. One of the Chef’s came by and let us know how much he loves our DIRT’s and uses them at the White House.”

“Remember, It is always a good time to get DIRTY!!!”

Video: About the Sofi Awards:

Congratulations to Todd and his awesome Crabby DIRT Seasoning! 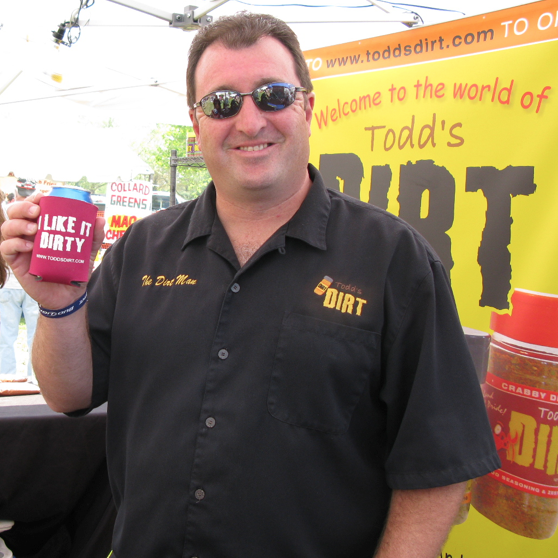 Wow and I thought Todd’s Bayou DIRT was good… Read how it transformed me into a Cajun seasoning lover here.

Recently we tried Todd’s Crabby DIRT seasoning. It was delicious, savory, zingy… is that a word? It was superb.

Keep in mind we live in the Chesapeake Bay area of Maryland, where Old Bay Seasoning is King. (Sorry J.O.) And yes, there is a Maryland company named J.O.
END_OF_DOCUMENT_TOKEN_TO_BE_REPLACED 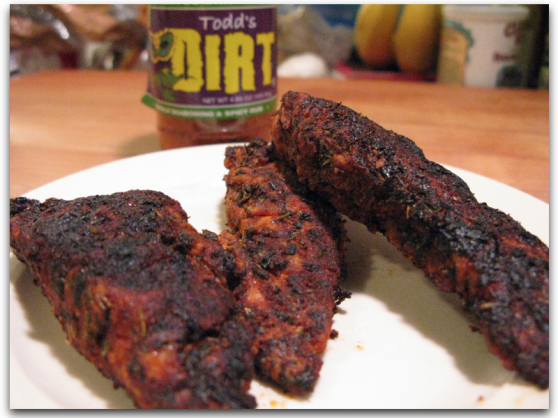 Prior to this recipe, I’ve not been a big fan of any “creole” seasoning, but Todd’s Dirt Bayou is awesome and it turned me around. Seriously, I now like and look forward to trying creole seasonings, thanks to Todd’s Dirt Bayou Rub! As I write this review, I’m craving it.

I coated some chicken breast strips with the Bayou Dirt seasoning with the goal of cooking them “blackened’ style and I was not disappointed.