The biggest KCBS sanctioned event east of the Mississippi, Pork in the Park, takes place in Salisbury, MD next weekend – April 16-18, 2010

This year Pork in the Park is bigger than ever with 137 teams competing!
That… is… huge!

Last year, more than 90 competitors from ten states vied for trophies, bragging rights and $18,000 in prizes, making the Pork in the Park Barbeque Festival in Salisbury Maryland one of the nation’s ten largest barbeque festivals sanctioned by the Kansas City Barbeque Society. In 2009, we were crowned the Largest KCBS Festival East of the Mississippi!

We’re really excited to be able to attend all three days – and we’ll be there to get some pics, some BBQ sauce and hot sauce stories.
Also, we’re hoping to interview some teams and vendors for soundbites and stories for our HotSauceWeekly podcast!

A Few Teams of Note: 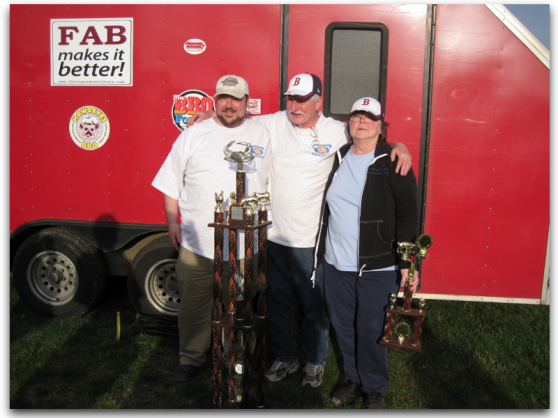 We know a few of the teams personally, some from online contacts, and others that we definitely want to meet.

Todd’s Dirt will also be there as a vendor. Todd’s got some awesome products.
Of course there will be tons of food vendors – rides for the kids, and live entertainment all weekend.

If you are a BBQ Team competing, or a vendor and would like us to come by for a short interview, please leave us a comment below.

Good luck to all of the Teams!

The smell of BBQ returns to the air at the Pork in the Park Festival in Salisbury, Maryland on April 15-17, 2011. 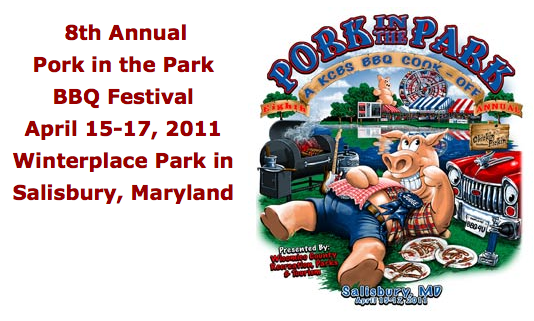