Jak Jeckel Pepper Sauce believes “hot sauce should be more about flavor than overwhelming fire”. They might want to re-think that philosophy, as I find the trio of sauces they currently offer as hot, hotter, and hotter-er. 🙂 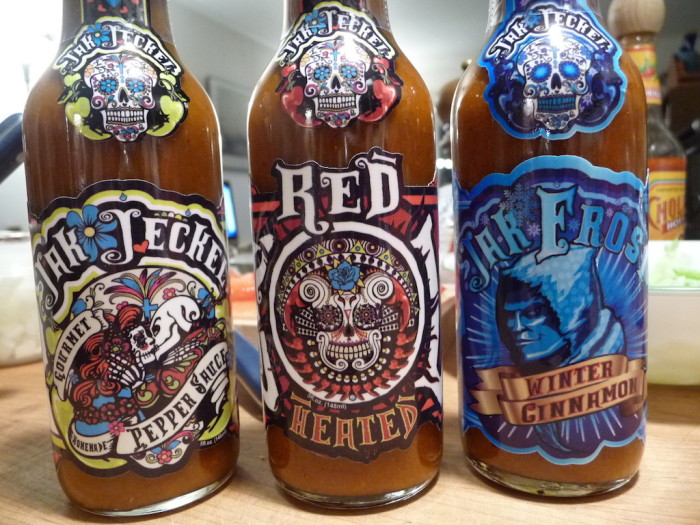 We first met the Jak Jeckel team at the Pepper Festival in Bower’s PA last year. I was blown away with the graphic designs and labels. After all, the first thing you see that may determine if you are going to buy a given sauce is the label and appearance.

There’s no denying Jak Jeckel sauces have a great look to them.

Jak Jeckel Red Heated: “All the flavor of our original Pepper Sauce with extra heat for those who like it hot!” 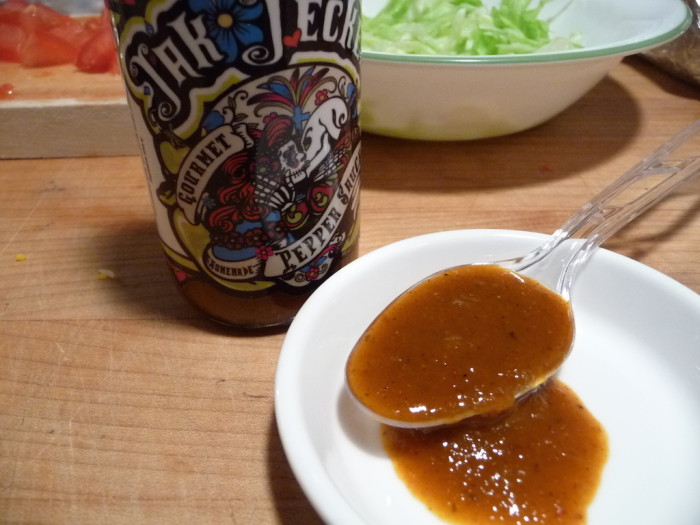 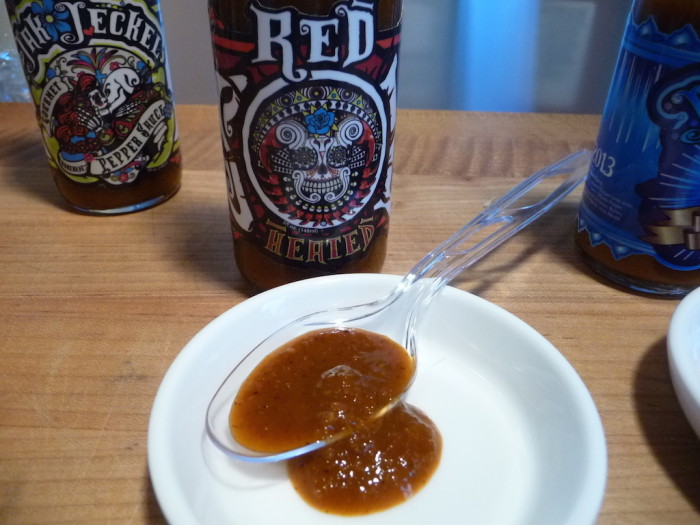 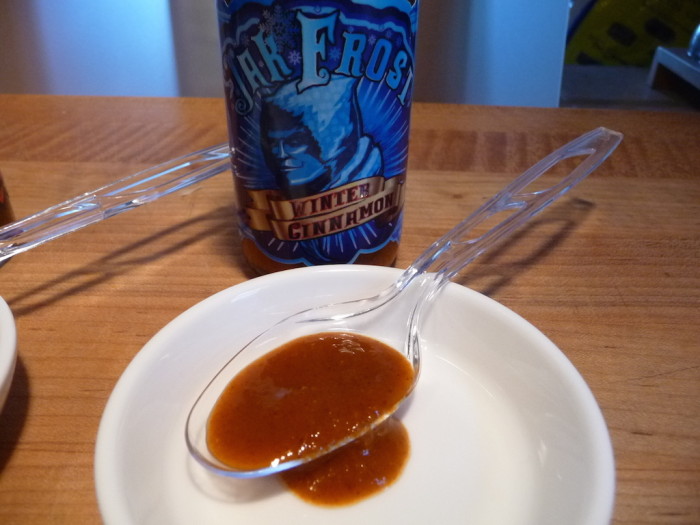 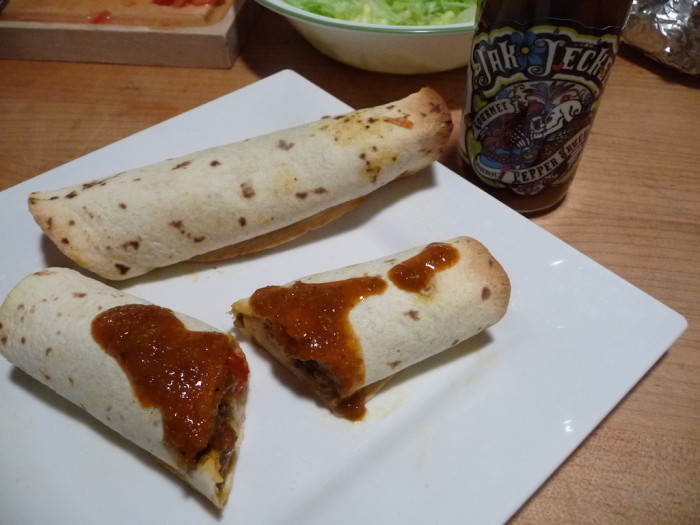 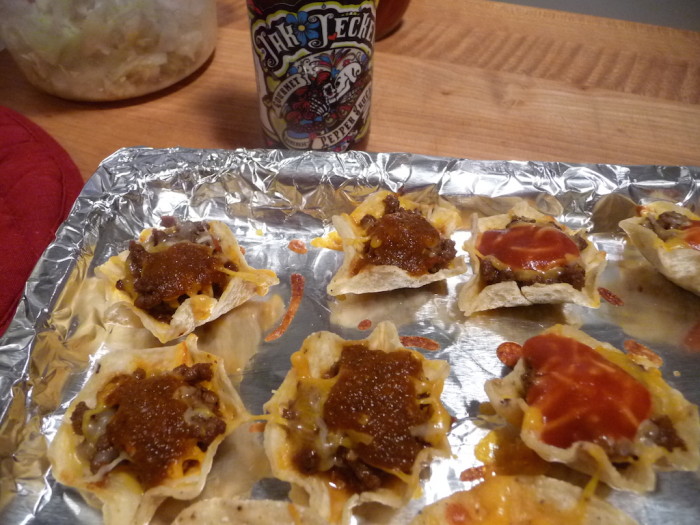 Original: Searingly hot – no flavor. You may like a blaze of heat in your habanero sauce, but I find the supporting ingredients sadly overpowered. Too hot to enjoy. 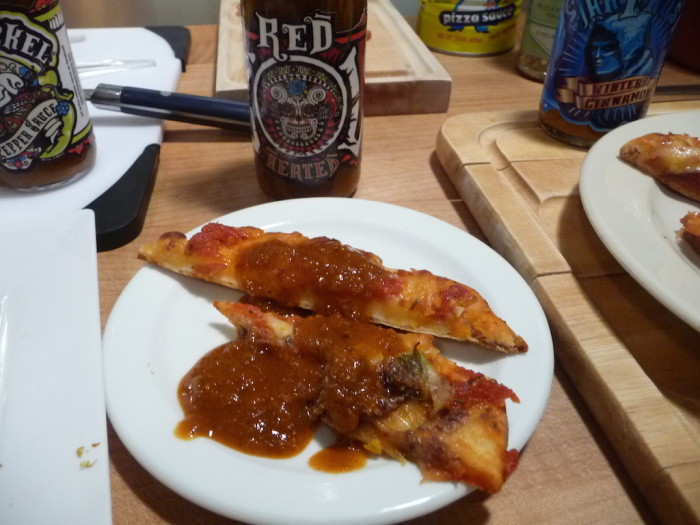 Red Heated: Surprisingly NOT as hot as the original (IMO). Perhaps we received some goofy bottles, but the Red Heated we have is not as hot as the Original, but we find it more flavorful! Jak Jeckel may have a consistency issue with their sauces. Best tasting of the trio. 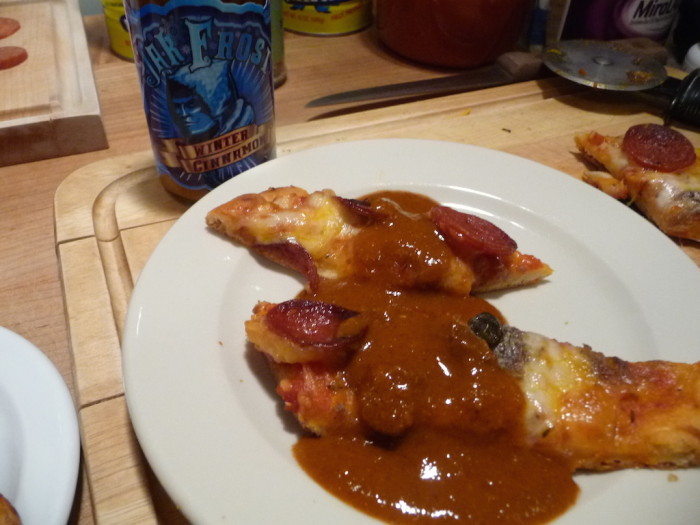 Winter Cinnamon: Dusty and gritty. Full mouth of habanero heat, very little cinnamon flavor. Again, all those delicious looking ingredients do nothing for me – they’re lost in the heat. Unremarkable.

– All three of these flavors seem to have the same searing heat level. Only the Red Heated deserves some dignity by trying to be flavorful and palatable. Disappointing.

– Of course. The colorful graphics and custom labels are beautiful. Sadly, the sauces are not as pretty. Award winning labels.

These sauces are not bad by any means. I just know there are chileheads out there, and some reviewers too, that would love these sauces. The whole package is colorful and inventive. They even have some “Coffin” packaged products for you collectors.

If this were school, I’d give them an A+ for effort, and a D- for execution. But it’s not school, it’s the real world of hot sauce. So I can only award them

Overall. I think the boys at Jak Jeckel need to re-think their recipe and shoot for more flavor and less heat. But that’s me.

Visit http://www.jakjeckelpeppersauce.com/ for these 3 flavors, and to see what they have up their sleeve for 2014. (Something new is brewing!)

Also, they WILL have a booth at the upcoming 2014 NYC Hot Sauce Expo, so if you are going, stop by their booth.