We cleaned out the fridge to make room for any new sauces that we’d be opening soon, and found bottles of stuff that was over 6 years old. There was even a bottle of smoked, dried tomatoes in olive oil that was at least 7 years old.

It’s sad to part with some of the one-of-a-kind hot sauces, but I’m sure with the internet, I could easily find
These photos don’t show the 2 dozen or so bottles of other sauces and condiments that we threw out. There were Thai and other oriental sauces and seasonings – taco sauces, steak sauces, BBQ sauces, bottled peppers and pickles – they all had to be recycled to make room for the new guys! 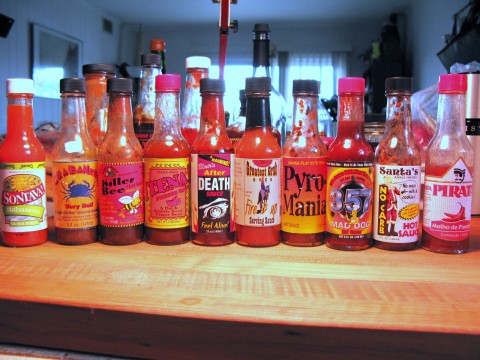 Left to right, the “dead soldiers” are: 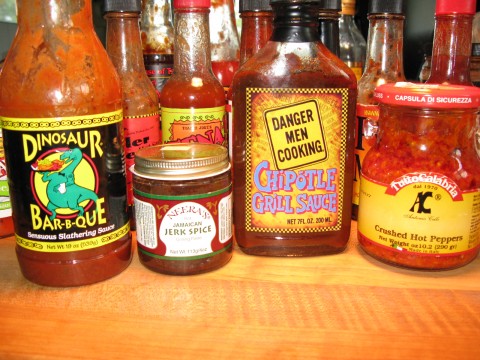 A few of the other sauces that went to the great sauce / condiment place-in-the-sky are:

Just for grins, here’s a shot of our fridge door AFTER the clean out. Hey! There’s still alot of hot sauces in the bottom of that door! Hee-hee. 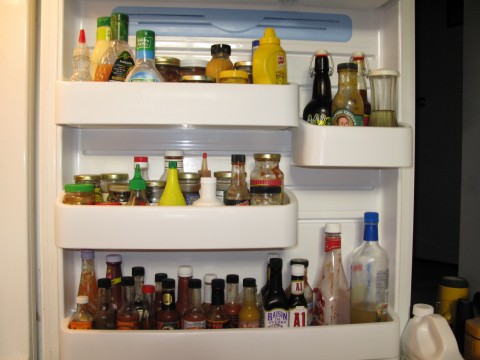 When we were done, I said to Marilyn “We didn’t get a BEFORE shot!” She said, “just wait a month and take a pic… it’ll look just like the BEFORE shot we would’ve had today!”